I conscripted several essays and solicited many promises, but never got the diversity of subject matter I was looking for to go forward with publishing.

I plan to do another call out when I’m happy I’ve completed a thorough archiving of radical zines, vegan advocacy videos and UK activist organisations with added commentary. I’ll also travel between projects and collect video interviews which I’ll upload to the channel and transcribe parts for the zine.

Everyone has to deal with the absurd, the unfair, the irrational at some stage in their life; I justified this to myself that I was on a spiritual journey, that chaos was a challenge, set out to develop me.

But my resentment towards my dad and others who would abuse their authority, drew me inward, turned my virtue ethics into a monastic discipline. It gave me a script and made me quite serious, I wouldn’t engage with others on anything I deemed unreal or fake, because I couldn’t see the point in starting a conversation if we were both simply trying to affirm our original positions.

This track could have easily lead me to cynicism if I hadn’t found activism, politics gave me a stage to perform my resentment, and I was happy I was developing a skill which was action, but I was still emotionally removed.

I was searching for places where it wasn’t shameful for people to rely on each other for emotional and practical support. Where your own development was actually dependent upon the growth of the community, narratives that make it easier for people to embody principles, a life of habit forming where you can better negotiate ethical actions in solidarity.

I found lots of communities isolating themselves off, fostering this creative energy that I loved, but being so young, I was raring to put my energy to use in the revolution, ideas of each moment holding its own meaning, felt short of the appeal of a lifetime’s worth of potential long-term goals. Though I set about tasks like turning an acre of deforested land into firewood for the winter with relish, I couldn’t help gaining more pleasure from sizing up each piece of wood, for how it could fit into my next crazy tower project, than for its intrinsic meditative power.

After building a stage, putting on some big parties and planting some token veg, and enjoying the liberated grass of fallen trees, to then come back to see an acre long road of 10m high piled stones for coal diggers to move along, I was hurt, but I knew I’d made the right decision in thinking seriously about the long-term battle ahead.

Dale farm would awaken me to the joys of the human struggle for what felt so obvious in our hearts, equality and liberty for all, I carried on to many a spectacular action, lived alongside foreign communities where the battle lines were plain and there was a strong focus on support.

At some point I felt drawn back to struggling on problems closer to home, I wanted to act where I saw the most glaring holes in societal empathy, where people left it up to government, and either forgot about the victims or grumbled along feeling disenfranchised, that just wasn’t cutting it for me. Not that I believed direct action could make up for every form of systematic abuse carried out from above, but I wanted to challenge people to extend their awareness, to people without papers on a journey of hell, that our rulers were intent on extending indefinitely, the Calais jungles.

I found a simple enough way of coping with the exhaustion, taking regular breaks holidaying to a squatted farm near Wales. I spent my time teaching people to climb, building walkways, treehouses and comedy triple tripod structures, I could relax somewhat being back in this space with a stronger conception of ideal leisure than ideal work, but still doing practical, token, physical jobs for their own value and it was a sense of strong community that wasn’t under immediate attack which made me happy.

At the same time I was getting my sense of self-worth by the practical solidarity I was lending to Calais, and the small humanitarian gains we were occasionally able to make in an intensely inhumane environment. Whichever place I was staying, my headspace was always in the other one, the cost to me of this divided life was a certain dissociative malaise, a slippery sense of what was real that arose from living two very separate lives.

I realised I was living the 9-5 life I’d sought so desperately to escape of strictly divided work and leisure where people agreed to be sold as commodities for their labour in the day and then funnelled into consumer nightmares at night, I was just living a hyper exaggerated version, something akin to how truck drivers or army officers mythologise the job, I was perpetuating all the worst aspects of the work/leisure divide.

We had made some progress advocating for the women’s squat in Calais, forcing the council to back down on evicting, and offer up 1 strictly regimented house with services in return, but the winter truce was ending and I needed time to take stock of the friendships fostered and beautiful experiences of living in common, and back off for a time, while all the organisation fragmented, and the summer of pent up anger and sporadic clashes began.

At the same time as the meaningful organisational capabilities were breaking down on the ground, I was left to understand that the habits of kinship I’d created with people were the only real tangible limits of the struggle, for myself and others. Those emotional ties would be the only thing that could keep drawing us back in to an otherwise impossibly messy situation. Solidarity activism forced me to see the world in stark contrast to romantic visions of spectacle revolution.

This was the beginning of learning to forgive myself for holding myself to a standard of harsh impoverished independence, because it was only by throwing my whole body, heart and mind into each new project that I could appreciate how utterly and completely alienated I felt from my whole existence of trying to ascribe to a utopian ideal.

But I also had a beautiful calming perspective on why it was necessary for me to live this romantic reality in order to get to where I am today, like Camus wrote of Sisyphus rolling the boulder up the hill, I could look back and be happy because I knew for myself that all that happened before me, was ok. 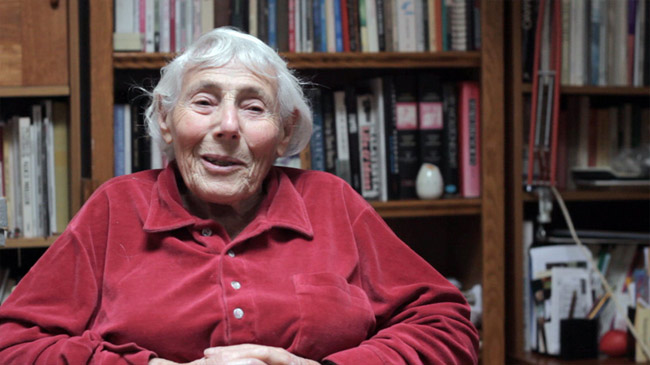